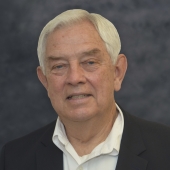 Member, Board of Trustees
Ken Henke was appointed to SCC’s Board of Trustees by the Jackson County Board of Education, and he was sworn in on Sept. 25, 2018. His term runs through June 30, 2024. Mr. Henke has an extensive background in education, starting with his tenure as a teacher at Fairview Elementary. He later served as an assistant principal there and was assistant principal and principal at Smoky Mountain High School before retiring in 2001. Ken Henke was elected to the school board the next year, and he served as chairman from 2004-18. He and his wife Nikki have one son, Len, who began his nursing education at SCC.